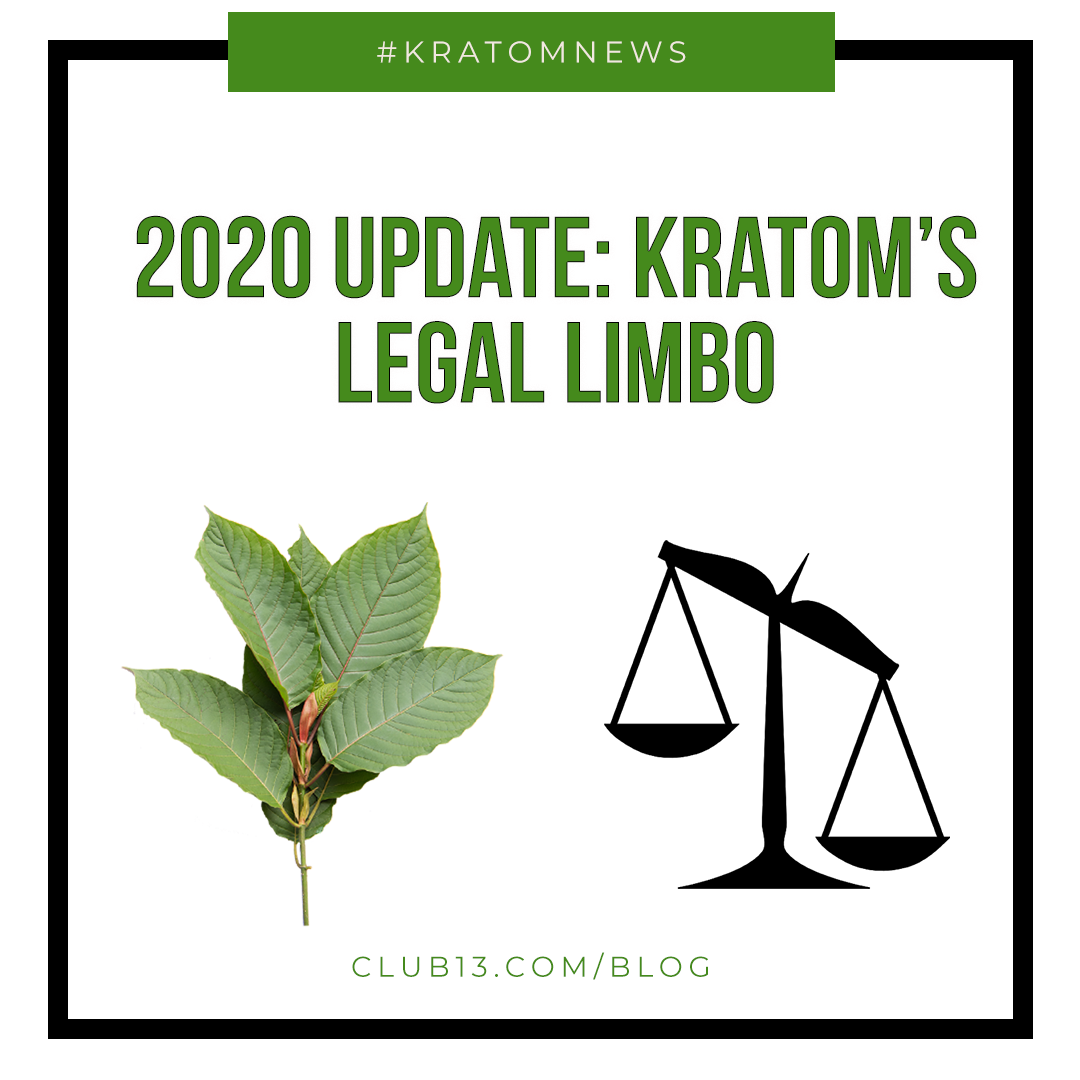 Kratom’s legal limbo hasn’t become any easier to navigate. In fact, with the many hurdles of 2020, we have quite literally fallen into a legal limbo. 2020 has closed our courts and town halls, forcing people to confer over zoom calls and social media forums. In a lot of ways, this internet connection has brought communities together more than ever before. The internet isn’t inhibited by the constraints of distance. But, as court cases continue to be pushed back, it has also slowed the fight for Kratom legitimacy with the FDA.

In 2017, the FDA lifted the federal ban on Kratom, solidifying its legality on a national level. The fight was taken to the states. By 2019, all but six of our fifty states legalized the sale, purchase, and consumption of Kratom. Today, in the United States, you can freely purchase Kratom almost anywhere. From your local head shops to wellness stores, to the internet. You can even find Kratom bars popping up in major cities in the United States.

In 2018, Thailand finally lifted their Kratom ban, allowing the plant to return to its seat among the region’s cash crops. For now, Thailand’s Kratom suppliers, producers, and researchers can manufacture Kratom as long as they have the government’s proper licenses. Users must obtain a prescription to use Kratom medicinally, so Kratom is finally legal for those who genuinely need it.

In 2019, the American Kratom Association (AKA) sent a delegation to Indonesia that included Congressman Matt Salmon, Senator Curt Bramble, and Dr. Jack Henningfield. These representatives were sent in an attempt to dissuade Indonesian officials from the impending Kratom ban. This regulation must be lifted so that Kratom growers in Indonesia do not convert their land to other crops.

While AKA’s representatives were able to make some headway, connecting with advocates overseas and educating those in Indonesia’s Ministry of Health, they could not stop the FDA from pushing the ban through.

The Ministry of Health initially set the ban to be implemented in 2024. This was to allow farmers enough time to find a new means of subsisting. Advocates hoped to utilize this time to continue the fight for Kratom in Indonesia and find a new home for their favorite botanical to be produced.

Unfortunately, all other trips to Indonesia were canceled as a result of Covid-19.

March of 2020 saw the beginning of the Coronavirus, which shut down courts and town halls across the country. With people confined to their homes, advocates were unable to gather as they once had.

Not all was negative in this limbo year. As the world slowed down, people were able to find new methods of gathering and communicating. This shift pushed people to web-based advocacy, connecting people who had not been connected previously. People were tuning in to AKA’s webinars, dialing in to combat local governments from home, and finding their advocacy communities on social media platforms such as Twitter and Facebook.

In May of 2020, the American Kratom Association proclaimed that they were in the final stages of crafting the Kratom Consumer Protection Act (KCPA). This monumental piece of legislation is paramount to keeping Kratom legal across the nation. Sometimes, life slows down just enough for you to catch up.

Mostly, this year hasn’t seen much in terms of passing legislation. Most proceedings have been put on the back burner while the country regains its footing and gets used to working from home and zoom calls. At least not in the United States.

While the AKA was reaching out to Indonesia’s officials via zoom calls and updating and educating advocates with consistent posts, the Indonesian Kratom ban was pushed forward from 2024 to 2022. This is an unfortunate move, undoubtedly secured by the FDA. This time constraint is a huge blow to the Indonesian farmers growing Kratom, but also to advocates here in the states.