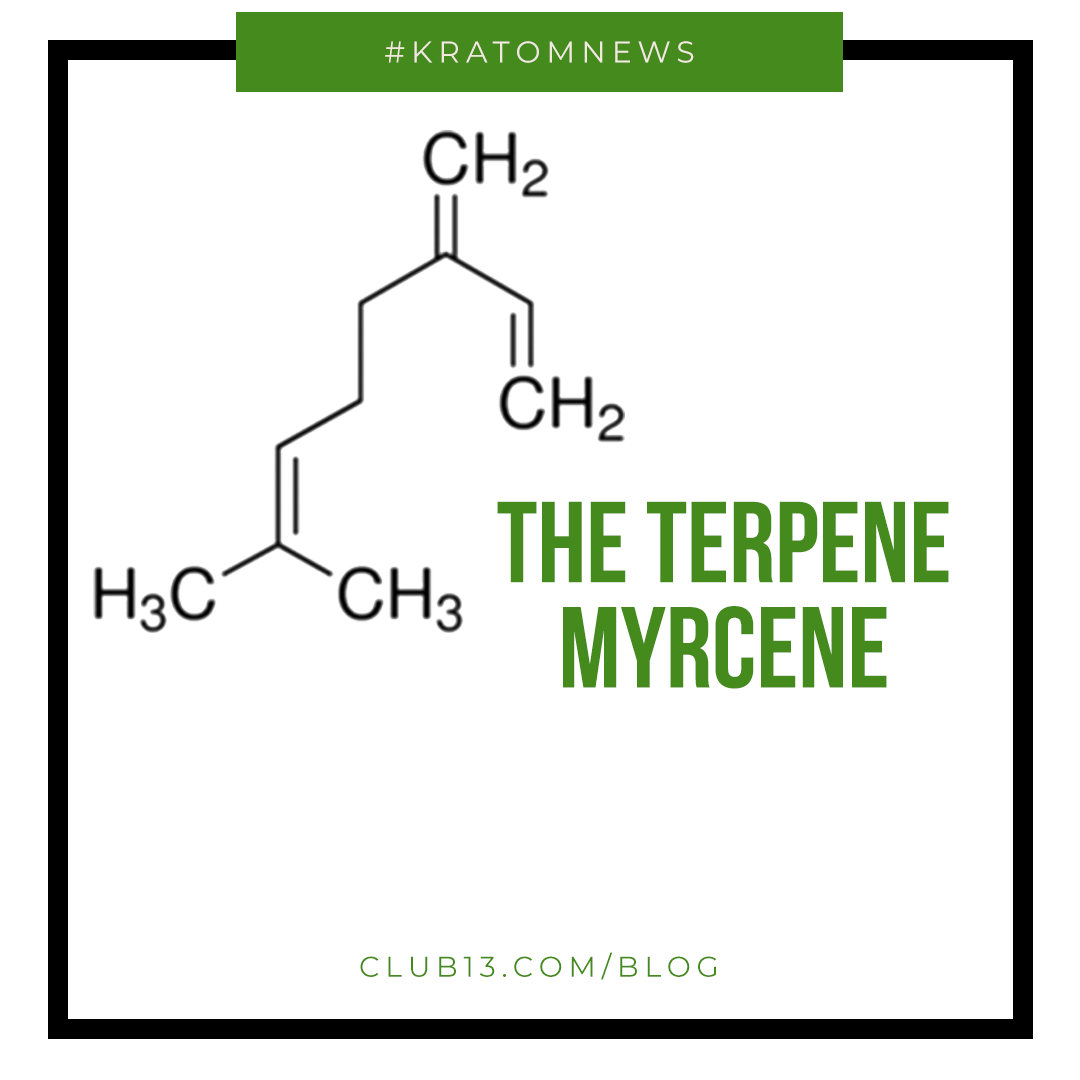 In our recent post, “What’s That Smell,” we discussed the function Terpenes pose to plants, insects, and, more specifically, Cannabis and Hemp CBD. With upwards of 200 terpenes existing within each Cannabis and Hemp CBD plant, it can seem daunting. While every terpene is essential to CBD‘s function, a few are exceptionally special and deserve a closer inspection. Such as Myrcene, one of the most therapeutic and abundantly found terpenes in Cannabis and Hemp plants!

First, let’s review ~ What Are Terpenes?

Terpenes are organic compounds produced in plants and some insects. They are responsible for every plant’s unique fragrance, from orchids to Cannabis, daisies to beer hops. Sometimes terpenes serve more than one purpose. For example, in Cannabis, terpenes serve both functions – protect and attract. These compounds are a vital part of producing resin, covering the plant’s integrity, and providing a base for pollination.

As you know, the consumable part of the Cannabis and Hemp CBD plant is the flower. These flowers have their own recognizable and distinct smell because of the upwards of 200 terpenes that exist within them. The upwards of 200 terpenes found in cannabis plants are not alone. They are one of many organic compounds that work to make Cannabis what it is. For example, they exist alongside other organic compounds, like the cannabinoids THC and CBD.

Terpenes are not responsible for “getting you high.” They instead work as helpers to fellow famous cannabinoids THC and CBD by interacting with our endocannabinoid system. Terpenes assist these cannabinoids in a process coined as the entourage effect.

While there are upwards of 200 terpenes in existence, Myrcene is the most populous terpene found in Cannabis and Hemp plants. Myrcene is described as distinctly tasting and smelling spicy, earthy, and musky. It also carries sweet, fruity undertones.

On average, Myrcene represents over 20% of the terpene concentration in your average Cannabis or CBD strain. This dense concentration far surpasses other populous terpenes like Limonene and Caryophyllene.

This “dominant” terpene has wholly taken over the shelves of modern commercial Cannabis, and Hemp CBD strains for the time being. You’re probably familiar with big-hitter strains such as OG Kush, Blue Dream, and Grand Daddy Purple. All of which owe their distinct flavors to the prolific Myrcene.

Just to affirm, Myrcene doesn’t “get you high”. But it does have notable therapeutic benefits. For example, it’s proven to work as an anti-inflammatory agent. It’s also a possible muscle relaxant and, potentially, a cancer blocking agent.

Historically, lemongrass tea has been prolifically used as a folk medicine, wellness tea for anti-anxiety, and pain relief. Lemongrass, as we mentioned above, contains prolific amounts of the terpene Myrcene.

In the 1990s, scientists in Brazil published a claim after discovering the responsible agent for these wellness benefits, Myrcene. They found that this terpene worked as an anti-inflammatory agent. And even went as far as to claim that it worked as a pain reliever by increasing opioid chemicals in the brain and spinal cord. Whether or not Myrcene is, in fact, a pain reliever is still being debated and studied.