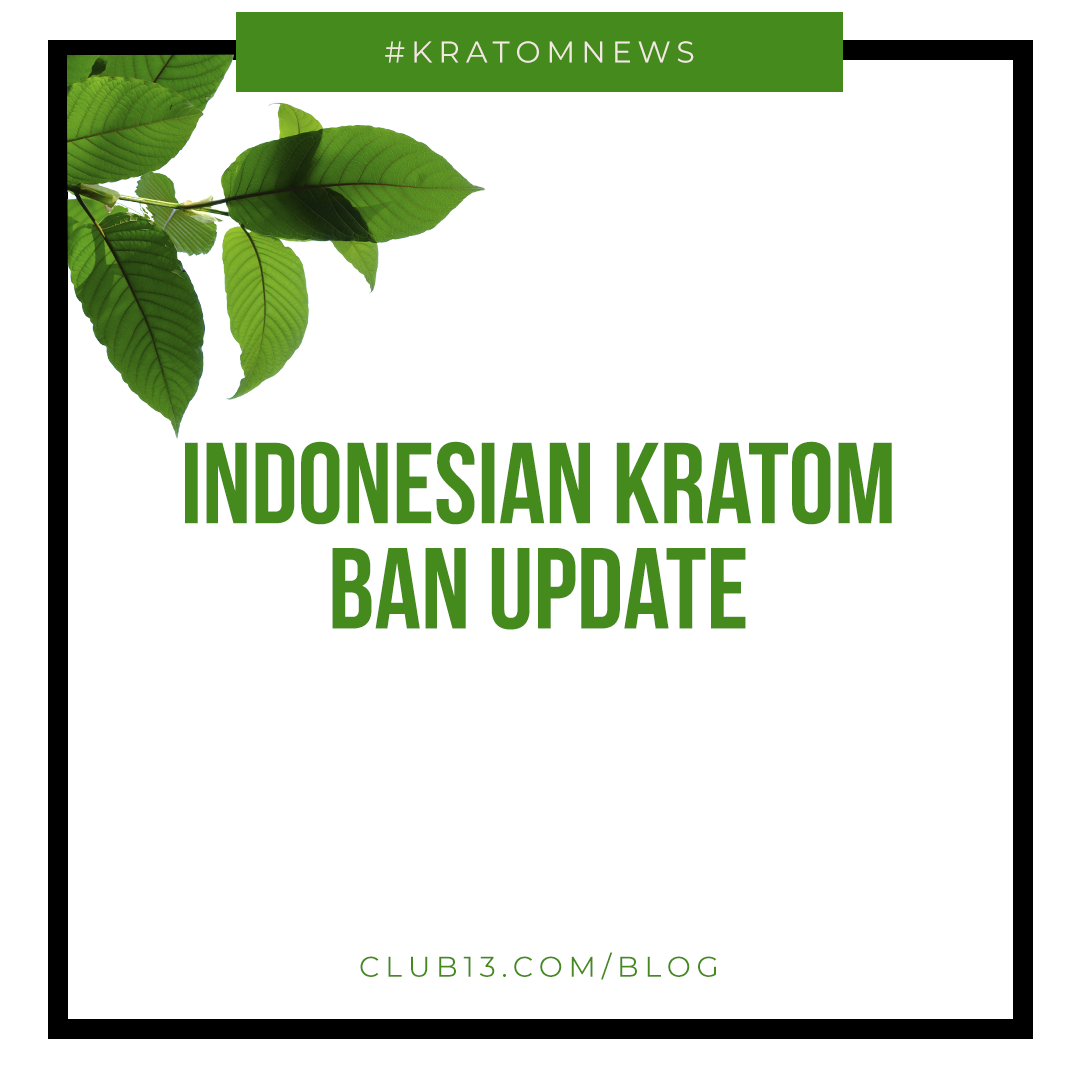 In June of 2019, the Kratom world was stunned to hear the announcement of an Indonesian Kratom ban. Given that 95% of the world’s Kratom comes from Indonesia, this ban would cripple Indonesian Kratom farmers and the Kratom supply in the United States. Understanding this ban’s why is essential, albeit tricky, as the American Food and Drug Administration (FDA) is undoubtedly involved.

Kratom is native to Indonesia and Southeast Asia. This abundantly growing plant was a ready-made cash crop for opportunity seekers when popularity first surged here in the United States. The Kratom market is unique. It is free from monopolization and has remained open to individual farmers trying to better their station in life.

Today, Kratom is one of Indonesia’s biggest cash crops, rivaling palm oil, and rubber. Compared to palm oil or rubber, Kratom production is simple, quick, and takes up less land. Raw Kratom leaves are worth more per kilogram than rubber or other crops.

Additionally, growers of Kratom have personally exported hundreds of tons of Kratom a month. This commodity has allowed Indonesian farmers to climb the economic food chain. For the first time, farmers increased their living standards, sending their children to schools with full bellies.

Unfortunately, this surplus will come to a crashing halt with the introduction of the ban.

The Indonesian Anti-Narcotics Agency initially planned for the ban to go into effect in 2024. Recently, due to pushes given by the FDA, the date has been rescheduled to 2022. This move by the opposition has allotted Kratom advocates a mere two years to fight back.

Today, Mitragyna Speciosa is illegal to produce and export in its alternative homes of Bali, Malaysia, Thailand, and Myanmar. So, advocates have rallied to find a new home for the beloved plant. There’s some hope of production in Kratom’s native Papua New Guinea home, as no laws are on record concerning the plant.

Two years is simply not enough time for Indonesian farmers to transition their crops or for advocates to find a new production location.

Even though the ban in Indonesia has already been issued, representatives from the American Kratom Association and the Botanical Education Alliance have not found a reasonable resolution with the Indonesian government. In Indonesia, these representatives met with the Ministry of Health.

There’s still hope that the Indonesian government will take a stand. Regional governments, such as the Kapuas Hulu Regency, have declared they will continue to allow production in their region in support of their local economy. Especially in light of the ongoing Covid-19 pandemic, which has shattered Indonesia’s economy.

If you’re ready to fight the ban from home, here are some helpful tips: