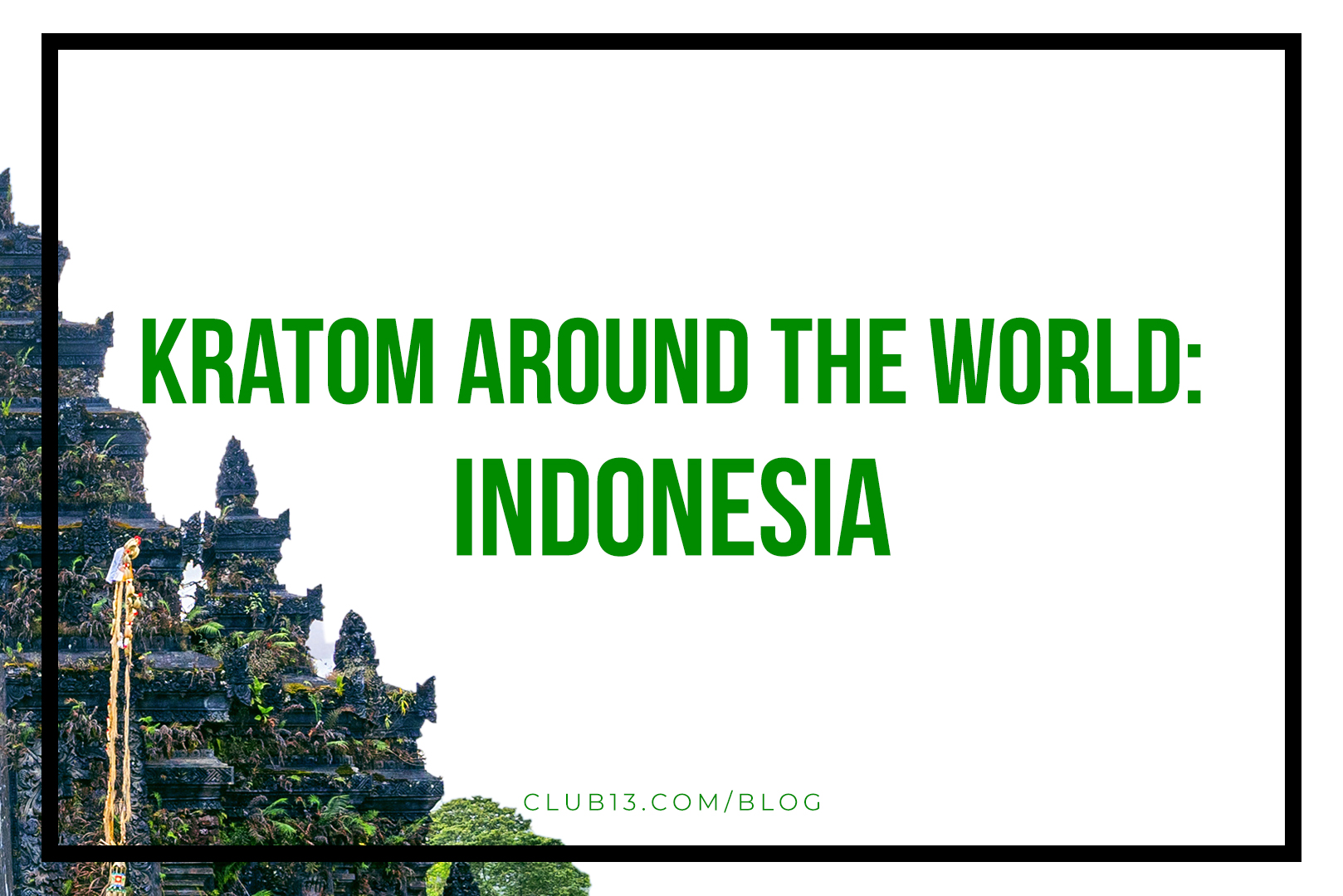 Kratom Around the World: Indonesia

If you’re an experienced Kratom user or a reader of Club13’s blog, you probably already know Kratom’s origin story. From its humble origins in the farms and forests of Southeast Asia, Kratom is now enjoyed internationally. However, different regions have different perspectives, and therefore different ways of treating the same plant. In Indonesia, Kratom is exported en masse, rivaling palm oil and rubber as the nation’s top export. This high global demand has allowed Indonesian farmers to profit off Kratom more than other commodities.

The Mitragyna speciosa tree is native to the jungles and rainforests of Southeast Asia. Kratom is a cousin to the plant Coffea Arabica, or more commonly referred to as coffee.

Kratom needs heat, humidity, and the right soil pH to thrive. As such, Kratom trees thrive in regions like Indonesia, where it’s hot and humid, and the soil is perfectly balanced. Kratom’s strict growing requirements also demand that the consistency of the soil be porous enough to drain, but sturdy enough to retain moisture.

This important ethnobotanical has enjoyed a centuries-old place in the indigenous societies of the small communities found throughout the rural areas of the region, where it is respected for its wellness properties. This important ethnobotanical has been enjoyed for centuries by the indigineous societies and small communities that live throughout the rural areas of this region. Particularly, these communities celebrated the wellness properties of this botanical. As the West becomes aware of Kratom and its properties, economic pressures have slowly weighed down on the farmers. As Kratom’s wild-grown, community-based usage transforms into an important cash crop.

Palm oil and rubber have been Indonesia’s largest exports for many years. But demand for those products has been falling, and people are trying to make up the economic deficit by turning to Kratom.

7/5/20 OPEN. All orders ship same day up to 3:05 Monday -Friday. Saturday (USPS only) till 1:00pm. Click here for additional information regarding Club13.

I’m stressed out. You’re stressed out.  We are alive, we are fighting, I always hoped I’d live in interesting times.  When this is over, I hope you feel the same.  Until then be nice to each other & stay on God’s good humor. We will be here.