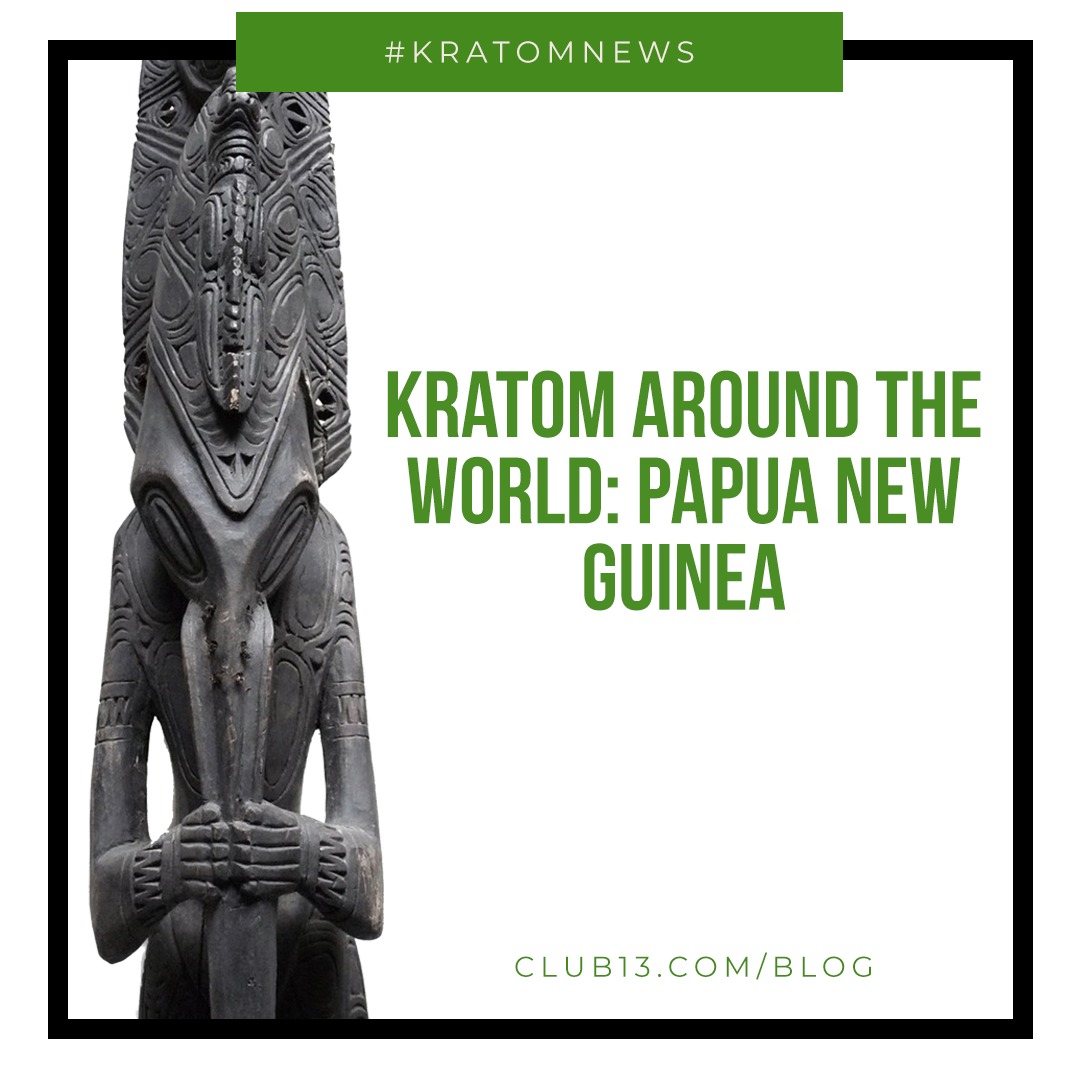 Club13 has walked you through much of Southeast Asia’s archipelago, a region rich in Mitragyna Speciosa. Kratom has grown abundantly from the steppes of Indonesia to the coastal cities of Thailand for centuries. These countries share a rich and vibrant history. Today, we journey to the 3rd largest island country in the world, Papua New Guinea. Home to one of the world’s most culturally diverse populations, this island is also home to our favorite plant, Kratom.

The island of New Guinea is located just north of the Australian mainland. Consequently, the native people and many birds and mammals found in New Guinea have close genetic links with those found in Australia. Notably, both land masses are home to marsupial mammals, including kangaroos and possums.

Papua New Guinea’s geography is extremely diverse. The New Guinea Highlands is a spine of mountains running the length of the island of New Guinea. This populous highlands region is covered with tropical rainforests. Rainforests can also be found in the lowland and coastal areas and a vast wetland area.

If you’re at all familiar with Kratom’s specific growing needs, your ears are pricked and ready. Kratom grows best in humid, subtropical terrains.

Like that of Indonesia, the island of New Guinea is humid, subtropical, and steeped with mountainous rainforests, perfect for naturally growing Kratom trees. Papua New Guinea’s tropical climate makes it well suited to cash crops such as Palm Oil, Cocoa, coffee, and our favorite, Kratom.

The plant Mitragyna Speciosa, more commonly referred to as Kratom, is a cousin to the plant Coffea Arabica, more commonly referred to as coffee. Kratom needs heat, humidity, and the right soil pH to thrive. Papua New Guinea is hot and humid, and the soil is perfect. “Perfect” for Kratom means a pH range between 5.5 and 6.5, high humus levels, and exceptional fertility.

In Papua New Guinea, agriculture for subsistence and cash crops provides a livelihood for 85% of the population and 30% of the GDP.

On New Year’s Day 2022, the Indonesian Kratom ban will officially be put into effect. This looming date is detrimental to Kratom consumers in the United States. Almost all of the United States’ Kratom supply is exported from Indonesia, where Kratom is native.

Unfortunately, little is known about Papua New Guinea growing Kratom as a cash crop. It definitely is grown there, both natural and farmed, for recreational use. There is also no indication of a Kratom ban in the region, which has drawn many Kratom advocates’ attention. Because of the recent waves and the dreaded prohibition of 2022, Papua New Guinea may be the most viable option for growing and exporting Kratom. This could mean big things for the island country and its economy.