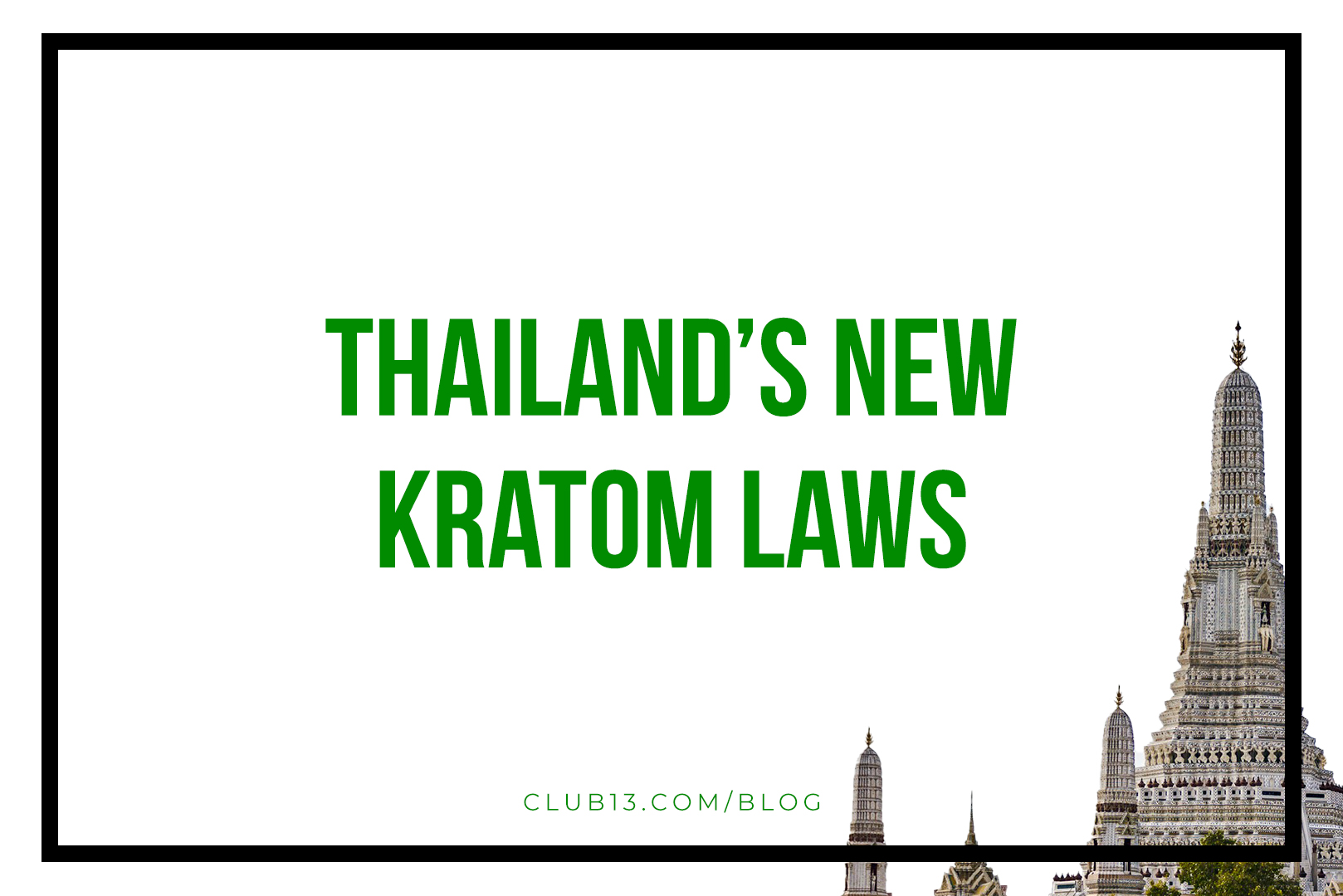 Kratom is native to many countries in Southeast Asia, including Thailand. For hundreds of years, this plant has flourished in South East Asia as an abundant and profitable crop. But, in Thailand, about 75 years ago, Kratom was classified as a narcotic and made illegal to consume or grow. After decades of fighting, Thailand has finally lifted the ban on Kratom, allowing the plant to return to its seat among the cash crops of the region alongside the vast number of agricultural commodities such as rice, coffee, rubber and hemp.

In 1943, the Thai government made the decision to ban the use and production of Kratom as a means to deter Kratom sales, and funnel money to the government’s prized opium empire. Over thirty years later, in 1979, Kratom was once again making headlines when the Thai government decided to reclassify Kratom as a Category 5 narcotic. This reclassification could result in the offender receiving up to two years imprisonment and fines ranging anywhere between 40,000 – 200,000 Baht. Cannabis and psychoactive mushrooms were also classified as Category 5 narcotics in Thailand.

Then, in December 2018, Thailand’s National Legislative Assembly came together to pass the country’s new Kratom laws with a unanimous vote of 166-0. Advocates and beneficiaries of the plant collectively released a sigh of relief as the legislation reform fully legalized the production, possession, and distribution of Kratom. For the first time in 75 years, Kratom could be used medicinally in Thailand. Ironically, in the couple of years since the ban has been lifted, Kratom has been used to help curb opium abuse. Since the 1940’s, opioid abuse in Thailand reached near epidemic-levels after the Thai government decided to replace Kratom with the more profitable, but more volatile, opium.

For now, Thailand’s Kratom suppliers, producers, and researchers can manufacture Kratom as long as they have the proper licenses from the government. Users will also be required to obtain a prescription to use Kratom medicinally. While Kratom is still illegal to use recreationally in Thailand, it’s now legal for those who truly need it! This is a serious win for Kratom advocates everywhere and a huge leap forward in recognizing the potential medical applications of the ancient plant.

Legislators in other countries have cited Thailand’s Kratom ban as an indication of the plant’s risks and dangers. The fact that Kratom was illegal in one of its countries of origin has been used to bolster their own lopsided arguments for illegalization.

However, with the introduction of Thailand’s Kratom law reform, these arguments will no longer hold water. In fact, in the coming years, Thailand’s new laws might help reform century-old preconceptions about the plant and its utilities.