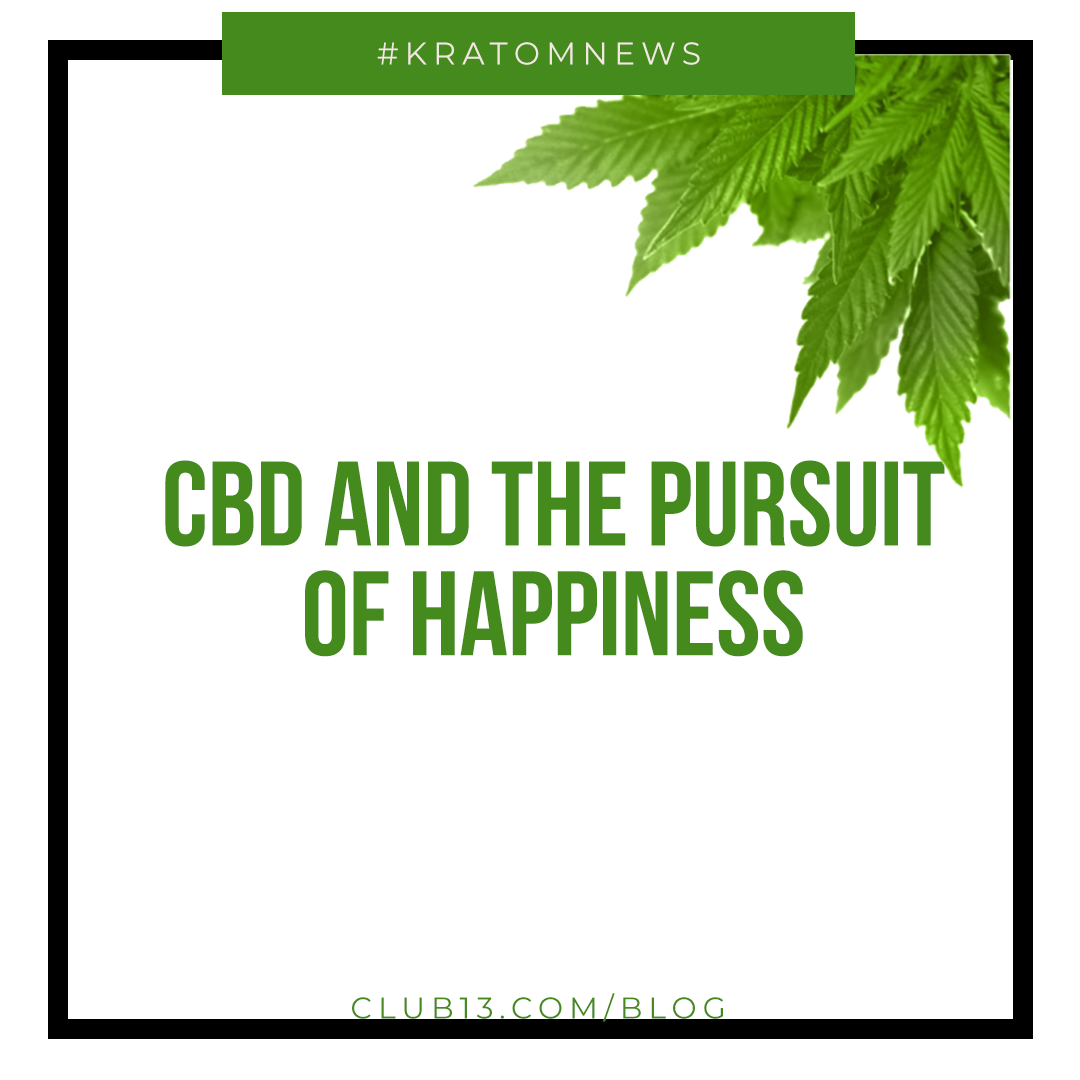 The Agriculture Improvement Act of 2018, more commonly referred to as the Farm Bill, blew the gates wide open for CBD across the nation. The CBD craze is potent nationwide. Today, you can find it everywhere, from beauty products to gas stations, to your local craft brewery. As waves of cabin fever are sweeping the nation during this year of quarantine, you might be reaching for your CBD products more than ever. So today, we’d like to take a closer look at its benefits concerning your happiness and mental health.

If you’re a reader of Club13’s blog, you’re already well aware of what makes CBD so unique. But, just in case, I’d like to give a quick overview.

Cannabidiol, more commonly known as CBD, is a compound found in hemp plants. CBD is one of the upwards of 150 unique compounds found in hemp and cannabis plants known as cannabinoids.

These compounds work hand in hand in our body’s endocannabinoid systems, sometimes referred to as the ECS. Together, these cannabinoids keep us healthy by regulating and balancing numerous parts of the body, including our immune system, communication between cells, appetite, metabolism, gut health, and mental health.

So, how does CBD work for your mental health?

The endocannabinoid system which lives in all of our bodies came out of scientists’ attempts to understand the effects of cannabis and hemp on the human body. It was discovered that cannabinoids actually exist outside of our bodies (exogenously), like THC and CBD, found in cannabis. Our bodies actually produce cannabinoids of their own (endogenously).

Endogenous cannabinoids act as keys to a network of receptors within us and can unlock some impressive properties.

In the 1960s, a chemist named Dr. Raphael Mechoulam discovered the molecule known today as Anandamide. Anandamide comes from the Sanskrit word Ananda, which means “happiness, pleasure, joy, and bliss.” Hence the nickname, the “bliss molecule.”

Anandamide is a neurotransmitter produced in our bodies that can bind to the CB1 and CB2 receptors. Dr. Mechoulam found that Anandamide helps maintain our general homeostasis and improves mood by reducing anxiety.

CBD as an Anxiety Treatment

In 1993, a study was published in the Journal of Psychopharmacology about the use of CBD and anxiety. In this study, 40 subjects were asked to complete a public speaking simulation. Public speaking simulations are typically situations that can quickly induce extreme stress. Each person was given either CBD or an antidepressant or an anti-anxiety medication like Valium or ipsapirone. This was to see what kind of effects the substances would have on their anxiety.

The subjects of this study were evaluated using the Visual Analogue Mood Scale and State-trait Anxiety Inventory. They found that while the antidepressant and anti-anxiety medications did work to decrease the anxiety of the public speakers, they also impaired the subjects. The medicines caused the speakers to forget their lines and slur their speech, despite showing no stress. Whereas the subject given a dose of CBD could control their anxiety while maintaining perfect clarity.

Which begged the question, why take harmful pharmaceuticals when you could turn to a natural botanical like CBD?