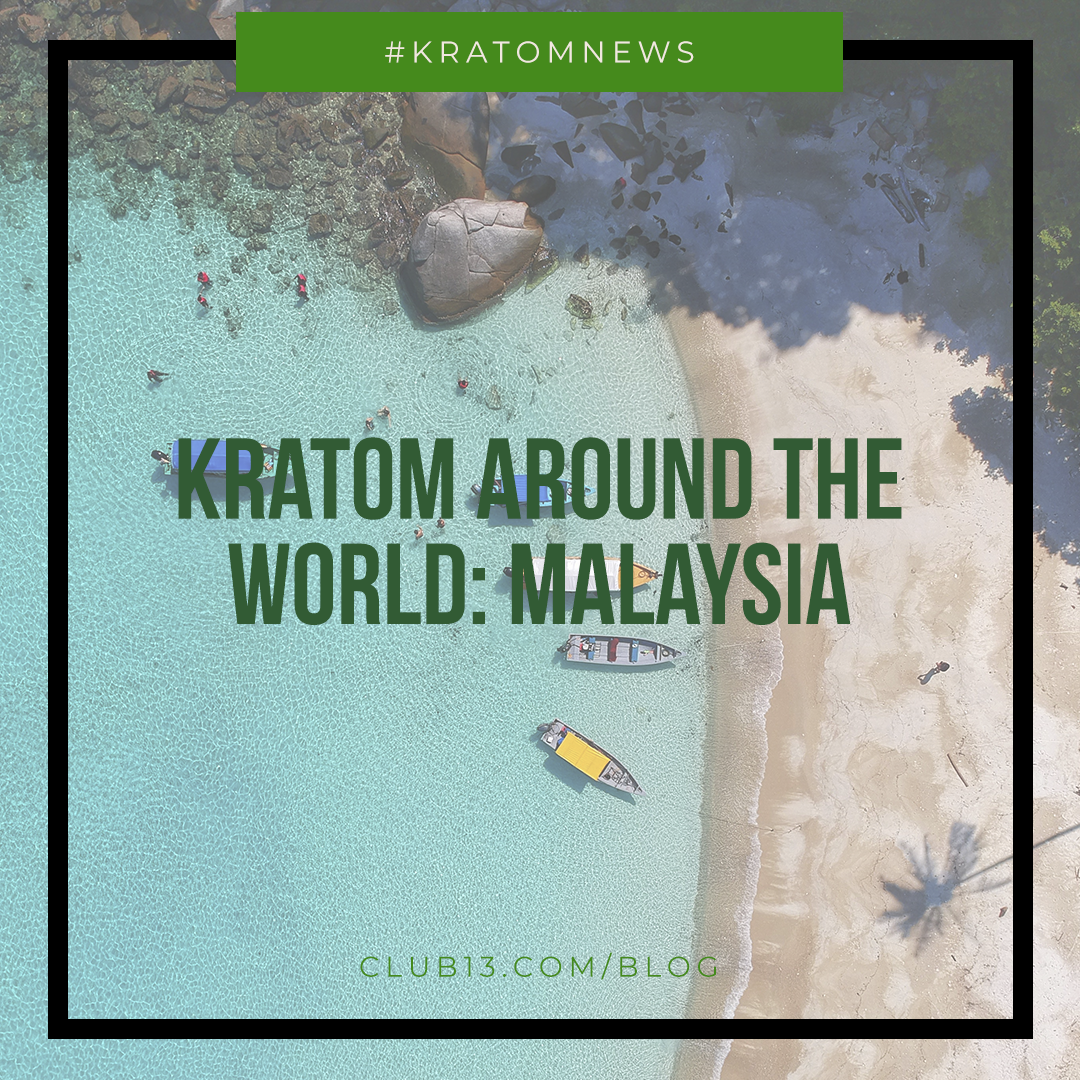 Kratom has a rich history as a Southeast Asian staple crop, hailing from Indonesia, Thailand, and Malaysia. Mitragyna Speciosa, better known as Kratom, has long suffered a controversial history fueled by misinformation and bad press. Today, the ties between Kratom strains and their countries remain strong as many strains of Kratom you see on the shelves are named after the places they’ve originated.

Malaysia is a Southeast Asian country separated by the South China Sea into two regions, Peninsular Malaysia and Borneo’s East Malaysia. These regions share borders, with Thailand in the west and Indonesia and Brunei in the east.

Similar to that of neighboring Thailand, Malaysia is known for it’s humid, subtropical terrain. Malaysia’s tropical climate makes it well suited to cash crops such as Palm Oil, Cocoa, coffee, and our favorite, Kratom.

The plant Mitragyna Speciosa, more commonly referred to as Kratom, is a cousin to the plant Coffea Arabica, more commonly referred to as coffee. Kratom is native to Southeast Asia and thrives in Malaysia. Kratom needs heat, humidity, and the right soil pH to thrive. As such, Kratom trees thrive in regions like Malaysia, where they’re hot and humid, and the soil is perfect. “Perfect” for Kratom means a pH range between 5.5 and 6.5, high humus levels, and exceptional fertility.

The exact route Kratom traveled through Southeast Asia is still unknown. There’s some evidence that Kratom originated in Thailand and then spread throughout Southeast Asia. Kratom was used and cultivated in Southeast Asia for several centuries. Still, without a recorded history, we can’t pinpoint its origins.

Unfortunately, our knowledge of Mitragyna Speciosa’s early history is spotty at best for us avid lovers of Kratom.

The earliest recorded history of Kratom began in the 1800s. At this time, Kratom piqued the interest of colonial landowners in Southeast Asia. They began cultivating it as a serious cash crop. From the 1800s onwards, Kratom was developed and used in Malaysia freely and unregulated by the government.

In 1952 the Malaysian government passed the Poisons Act of 1952, outlining the fines and rules surrounding Kratom, it’s processing, and how it could be used. More specifically, this law defines that the possession, selling, use, transportation, processing, importing or exporting, of Kratom is illegal and can be prosecuted. BUT, Kratom trees are not illicit plants, and no laws in Malaysia forbid the cultivation or naturally growing Kratom. Because of this slippery slope and the nonexistence of Kratom testing kits, little is done to prosecute Kratom users or cultivators in Malaysia.