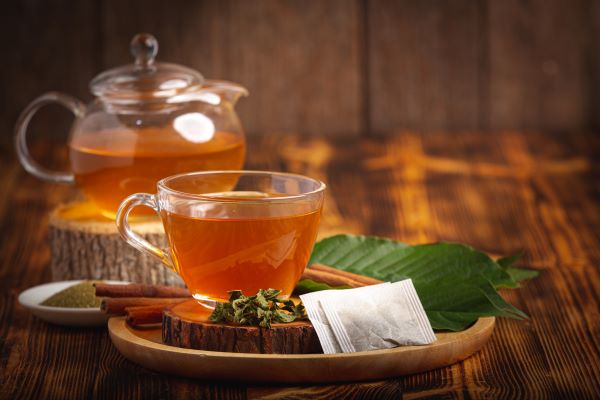 Kratom and kratom-based products are becoming more and more popular in America. These herbal substances are known to produce both energizing and relaxing effects, which make them highly sought after. As their popularity grows, it’s likely that you’ve seen it in at least one of its forms.
Kratom extract, when produced by professionals like Club13 Herbals, is one way that people choose to consume this product. With varying levels of concentrates, kratom extracts can be a great way to enjoy the benefits that kratom has to offer.

Kratom is a more common name for Mitragyna speciosa, which is a tropical evergreen tree that grows in Southeast Asia. The tree is a part of the Rubiaceae family, a family that also claims the coffee plant. The leaves of a kratom tree are dark green in color and feature veins that are red, green, or white.
So, why is this plant that’s from Southeast Asia starting to gain attention in the United States? Kratom is now known less for the plant itself and more for the extracts that can be derived from the leaves, which companies like Club13 Herbals now produce. Kratom has grown in popularity here increasingly quickly.
Kratom is a highly desirable product because of the alkaloids it holds within its leaves. These alkaloids (mitragynine and 7-hydroxymitragynine) are an organic compound pair. The alkaloids are naturally occurring inside of the plant, and while you may not have heard of them before, alkaloids are actually pretty common. Other popular alkaloids include caffeine and nicotine. They all are known to create different effects.

How Is Kratom Extract Made?

People have been using extracts from plant-based material for centuries, with some of the earliest usage dating back to ancient Roman times. Though the end result has stayed the same, the way that people extract substances from plants has changed, especially with kratom. What started as a simple evaporation-based method has since transformed into a highly sophisticated extraction process that creates an even higher yield of concentrations. This is how modern-day kratom is now typically extracted.
Kratom extract can be drawn out in a variety of ways using either the leaves of the Mitragyna speciosa tree or a powder form. Extraction methods range from simple to fairly complex and will ultimately determine the potency of concentrate that will eventually be consumed. Below are a few of the most popular extraction methods.

Kratom tea is one of the simplest ways to make a kratom extract and is thought to be the way it was prepared most often in the past. It’s created by steeping kratom leaves in water for an extended period of time. During its time steeping in the water, alkaloids are extracted from the leaves and into the water.
While it can lead to the smallest amounts of concentrate consumed compared to other extraction methods, you can steep the tea for longer periods to produce greater results. Many people who choose this extraction method also choose to pair it with a bit of honey and lemon. While hot water can be best for this method, overly hot water can actually break down the alkaloids.

Water extraction is slightly more complex than the tea method. It also takes a lot longer to complete. In this process, raw kratom leaves are dissolved in water and mixed vigorously for an extended period of time. After that is completed, the mixture is kept in a dark place for about two weeks while it soaks up the alkaloids from the kratom leaves. After that time, the mixture can be taken from the dark room, and you’ll see that nearly half of the water has evaporated. The remaining mixture is then strained.

Resin is the method of extraction that creates the highest yield of concentrate, which is why it’s among the rarest, most difficult, and most expensive ways to extract kratom. With this method, kratom is steeped, frozen, evaporated, left to simmer, and then usually evaporated again. The end result is a solid with very little to no water remaining. The lack of water means that the product is primarily extracted kratom, which is the reason its concentration level is much higher.

How to Use Kratom

There are numerous ways to use kratom. Each person has a different experience, while some people do report similar experiences. Because products can vary, it’s best to stick to a brand you trust and experiment with the types of different products they have to offer. Companies like Club13 Herbals offer kratom in the form of extracts, liquid extracts, powder, capsules, and more.
When trying to find the right kratom strain for you and your needs, there are three different categories to choose from. Red vein, white vein, and green vein are the primary names for each strain, as they refer to the veins featured on the leaves of the kratom plant. There are also yellow vein varieties as well as Club13’s own specially formulated blends such as Executive Blend and Bliss Blend. Each color-type of kratom product will produce unique effects. To better understand how each strain is different, you can purchase a sample pack of each kratom extract so that you can figure out what your kratom preferences really are. Satisfaction guaranteed or your money back.